A man was able to KICK OUT the glass at a TV station in DC in broad daylight.  He then kicked out the glass on the second set of doors before being shot.   What if this had been in the middle of the night with no security guard to protect those inside?  Armor Glass security film would have kept him from entering the building. How?

It is a high-tech security-rated film which is bonded to the frames with a special anchoring system.

Our film was installed on DC federal buildings after 911 to provide breach protection of the glass windows from explosions. But it also keeps out burglars and people who can easily kick out glass.  The following video shows how it works on a glass curtain wall that has Armor Glass film applied, and bonded to the frames to keep it from falling out like the TV station. After hitting it HARD with a CROW BAR, they then kick at it repeatedly. They never come close to breach.

Anyone whose property is on this long list that says “burglary of a habitation”. 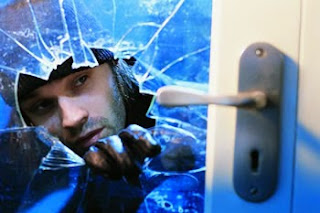 You will find most of them entered after breaking the GLASS – easily done with a brick in one second, unless you have armored your glass.

Then you have protection from both human intrusion and Mother Nature’s fury….and it will pay for itself in solar heat and UV reduction too.

Until then, YOU are living in houses of straw…. 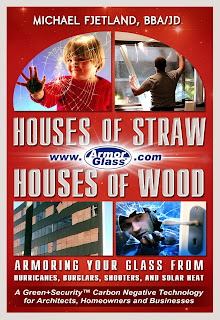