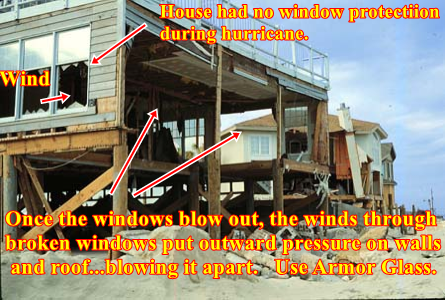 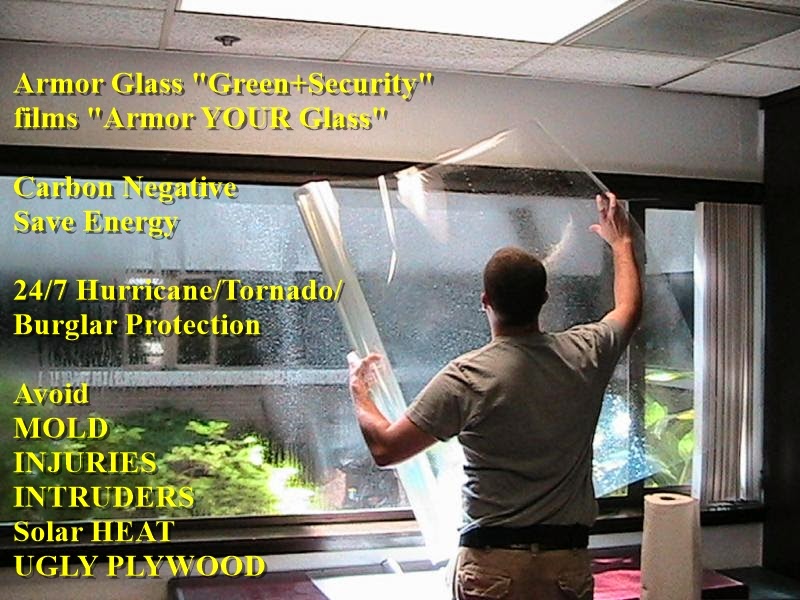 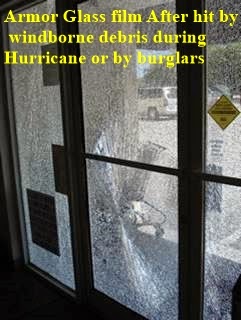 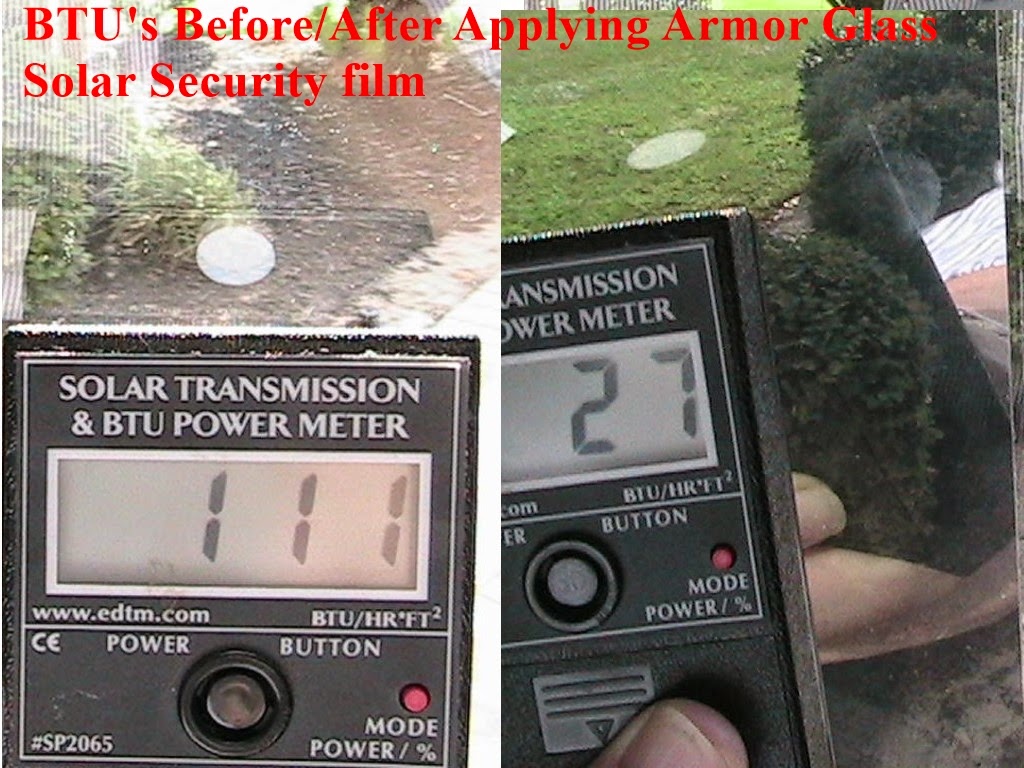 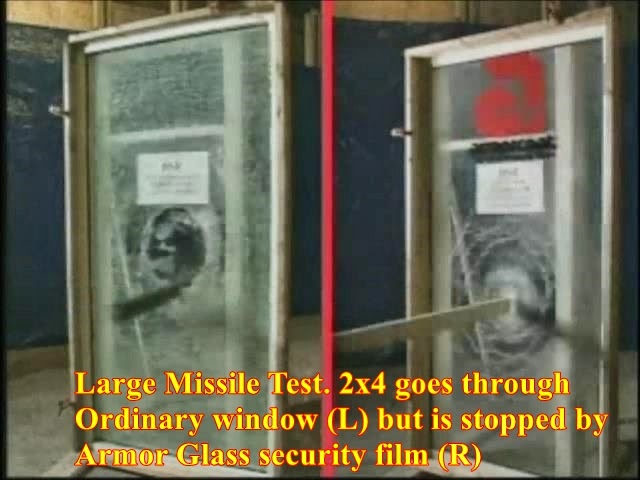 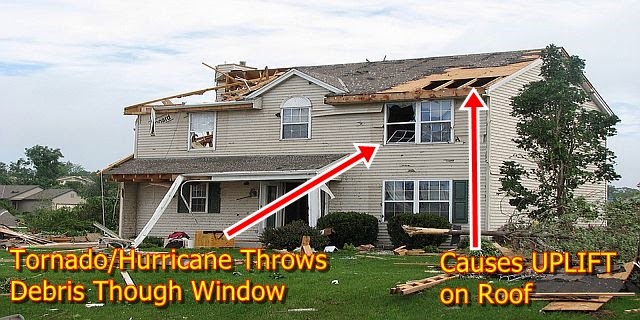 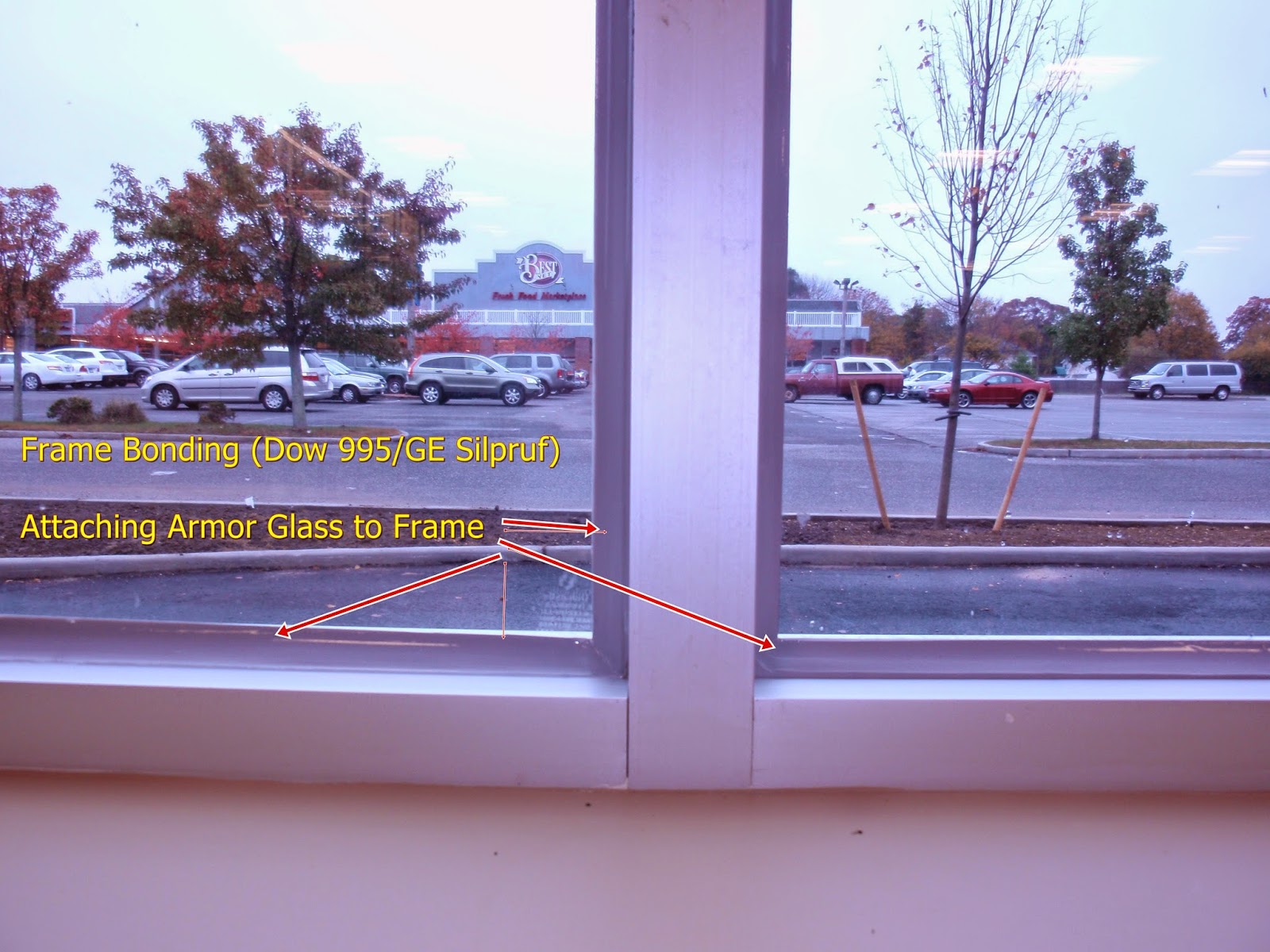 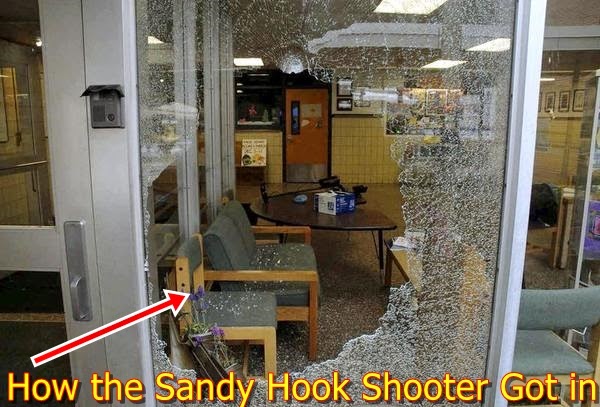 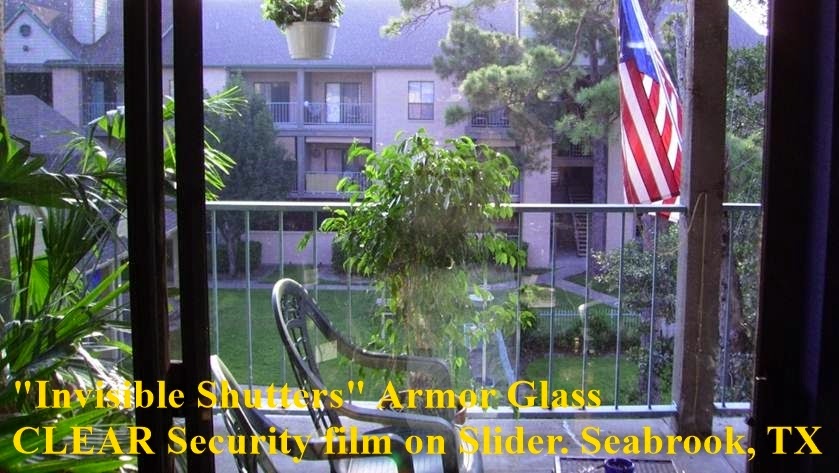 Please share
Former Terrorism Analyst Seeks Insurance Discount for Texans Who Install
Security Window Film To Protect Their Homes and Businesses.
It Cuts Property Damage and Injuries
While Paying for Itself in Energy Savings
21 February 2015
Immediate Release
Recently a small child ran into a glass wall shortly after Armor Glass security film was installed and broke the glass. If not for the security-rated film, she would have been taken to an emergency room for cuts, injuries and medical bills. Instead, the film shielded her from broken glass and she was fine.
About the same time, a woman was home alone when a burglar attempted to break through the glass in her back yard shortly after Armor Glass security film was installed. He failed. In each case, certified security film (sometimes called “safety film”) avoided loss and injuries.
What is that worth?
How many thousands of dollars in insurance losses was avoided because of this technology that costs a fraction of impact glass and shutters?
How much personal stress and anxiety was avoided?
Michael Fjetland, President of Armor Glass®, based in Houston (Sugar Land), TX, has requested the Texas legislature give homeowners an insurance discount if they install security window film equivalent to what Armor Glass provides — because it cuts property losses and personal injury by “armoring the glass.”
Glass is a 5,000 year old technology — the weakest link of every building. A home is often the biggest asset most people own.  Thin, fragile glass leaves it vulnerable to destruction.
Hurricane Ike in 2008 caused over $5 million of dollars in damages to the Chase Tower in Houston when it sucked out windows from one side of the building, shutting it down for months of rehab, mold issues, etc. Armor Glass film and frame attachment would have prevented the huge financial loss from the property damage and operating downtime. Imagine how many billions of dollars the installation of Armor Glass would have saved. The problem is not just hurricanes and tornadoes, but a constant one nationwide with broken glass caused by; vandals, burglars, hail, mowers throwing rocks, hurricanes, tornadoes, errant golf balls, etc.
Security/safety films like Armor Glass upgrades this ancient glass technology for the first time. Details
about how it works are provided in Michael Fjetland’s  EBook “Houses of Straw” which is FREE for download at www.ArmorGlass.com
“Our security film has been used to secure courthouses, police stations, community centers and houses on Galveston Bay which took the brunt of Hurricane Ike. It has protected our clients from home invasions. It’s rated for a bomb blast,” said Armor Glass® President and founder, Michael Fjetland, who was a terrorism analyst on TV before and after 9/11 and served as a Fortune 500 international legal negotiator
before founding Armor Glass®.
“It would also cut millions from construction costs of new buildings, especially those in coastal areas if it were used as a substitute for impact glass or shutters which cost three to ten times more per square foot.”
”I hope the Texas legislature will see the wisdom of economically encouraging this technology by providing a reasonable insurance discount that would cost the state nothing, yet it would cut injuries to Texans, cut property losses and reduce harm to their children or themselves. A house or building is typically a person’s largest asset. Certified security films dramatically cut insurance company costs by protecting the interior of the building from damage.
A “Win – Win – Win for Texas and Texans
Fjetland states, “A discount on insurance premiums for use of safety/security films would make Texans safer with the benefit of reducing cooling costs in the Texas’ brutal summer heat. It is a win-win for everyone involved, with insurance losses significantly reduced, lower utility costs and an increased level of security for the consumer, and with the added benefit of removing over 99 percent of the UV.
Michael Fjetland’s bottom line: “I believe the benefits of lower insurance losses should be shared with consumers. Many owners need the insurance discount (and tax credits) as an incentive to make the investment. Everyone would benefit under my proposal — Texans and insurance companies alike.
If you agree, please let your legislature representatives know.”
For More information, contact Michael Fjetland (pronounced “Fetland”) and/or download his FREE Ebook “Houses of Straw” via the Armor Glass® website at:
www.ArmorGlass.com or Cell 713-213-5080.
### 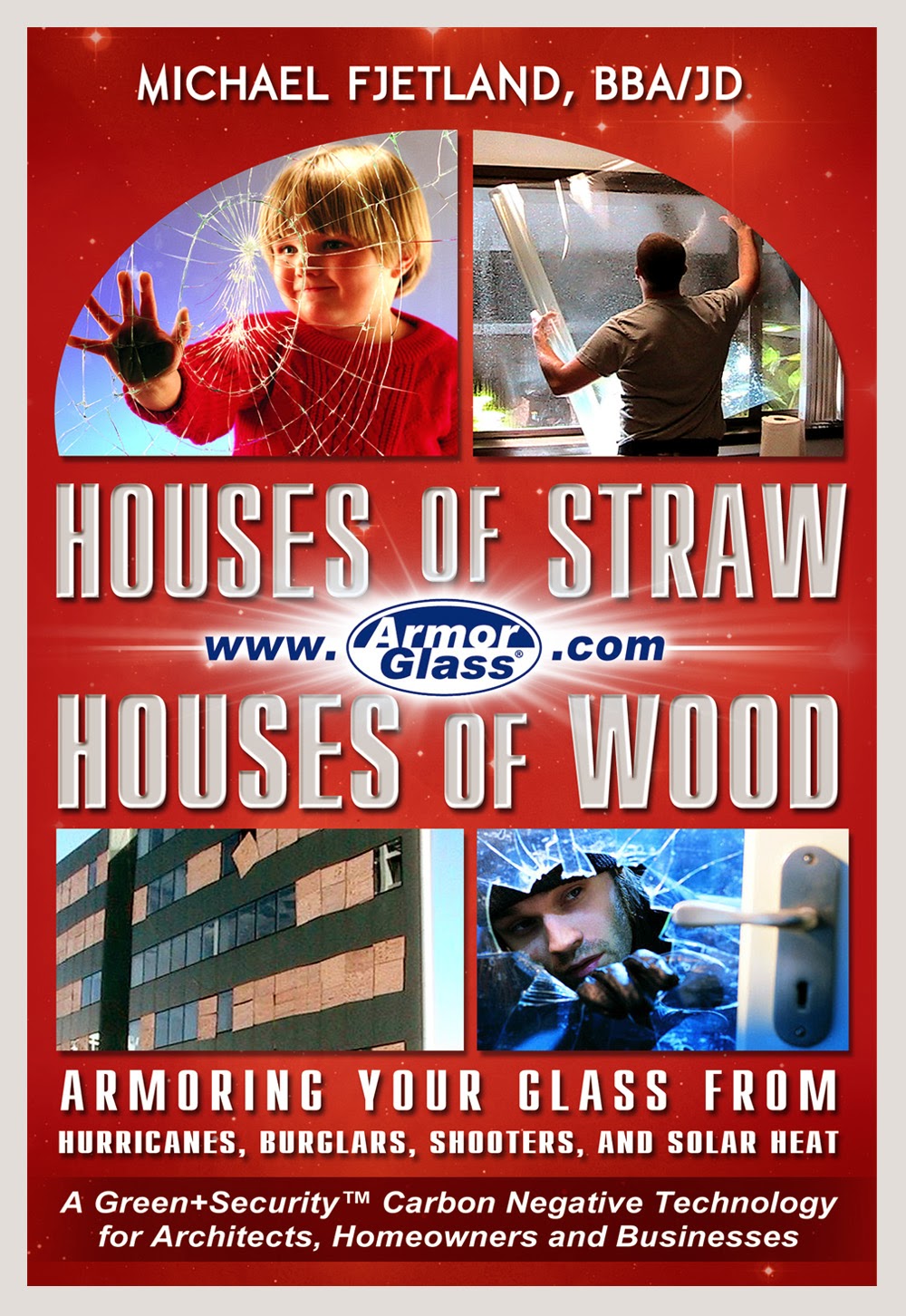