Why Cars and Tornadoes DON’T Mix…

We  the deepest condolences to those killed in the latest tornado outbreaks in Oklahoma, including the storm chasers.  The following are some photos I took last week in Moore OK which show WHY you should NOT SHELTER IN A CAR DURING A TORNADO….You are better off lying in a low spot on the ground: 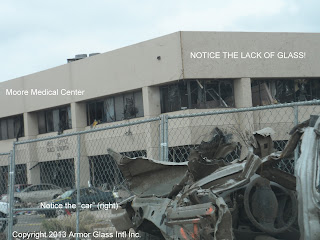 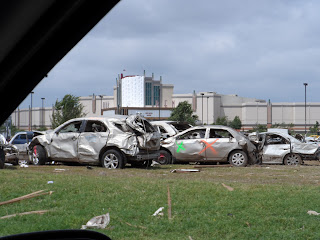 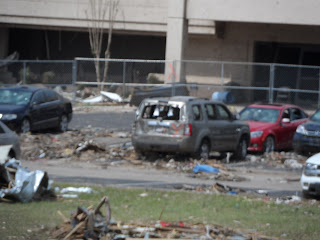 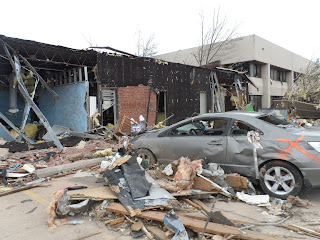 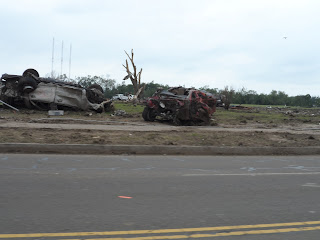 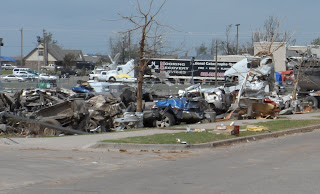 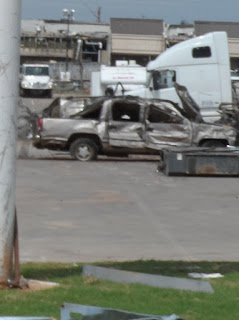 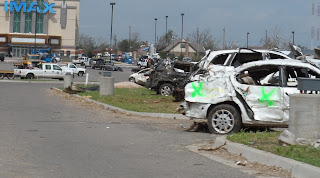 I also saw the video of a storm chase car taking a hit on the windshield by debris that cracked the glass – and another TV car that got caught and rolled several times breaking out all the glass. We don’t do cars but again a security film on that glass would provide breach protection. Car glass is TEMPERED – meaning it will break into small pieces that becomes flying shrapnel when hit – which can be lethal.

A safety film would contain the glass and provide support. If it did come out, it would be as one big piece instead of a thousand little ones flying through the air..unfortunately most car tinters only use that cheap 2 mil solar film that wouldn’t stop anything but a solar ray. Security rated film of 8 mil is possible to put on a car – I put it on my van when i attended a hurricane show in McAllen TX on the Mexico border 3 years ago. I wanted it for burglar protection (it looked fine except for the back window that has a double curve). I can see how it would help more than issues of theft after recent events….