Yesterday, while Armor Glass was exhibiting at a conference on hurricanes in Galveston, I was fortunate to meet Bill Read (the hurricane guy, now retired from NOAA and working for KPRC in Houston as their hurricane expert) and Frank Billingsley, the chief KPRC Weather guy. Both gave excellent presentations.

The key thing I learned from Bill Read was that we are facing an El Nino year, which tends to suppress Atlantic hurricanes (while letting them rip in the Pacific). BUT then he pointed out that 1983 was an El Nino year – the year Houston got smacked by Hurricane Alicia, which formed in the gulf!

Hurricane Alicia 1983, formed in Gulf during El Nino
Apparently in El Nino years there are fewer “long track” hurricanes (those that cross the Atlantic on their way here) and more storms that actually spring up in the Gulf of Mexico. That means we aren’t out of the woods, and with gulf storms people will have much less time to prepare and evacuate.
Frank Billingsley, KPRC’s chief weather guy, made an interesting point in his talk. He said that Allison, which struck Houston in June 2001.  He said Allison was worse than the recent rains. The difference? 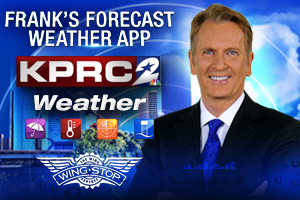 Social Media. In 2001, we got pictures the next day. During the memorial day storm (which was not tropical, which is also a difference), people were broadcasting photos in real time on Facebook, Twitter, etc!
Here is what Wikipedia says about Allison:
“The storm dropped heavy rainfall along its path, peaking at over 40 inches (1,000 mm) in Texas. The worst flooding occurred in Houston, where most of Allison’s damage occurred: 30,000 became homeless after the storm flooded over 70,000 houses and destroyed 2,744 homes. Downtown Houston was inundated with flooding, causing severe damage to hospitals and businesses. Twenty-three people died in Texas. Along its entire path, Allison caused $9 billion (2001 USD) in damage and 41 deaths.” 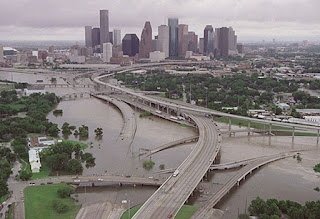 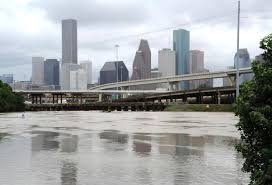 Houston Memorial Day 2015 Flooding – no tropical storm
So, Frank is right. However, the one difference that I think we should also consider is that Allison was a named tropical storm. What we had happened over Memorial Weekend was not a tropical storm, yet it produced damages statewide that may end up being similar in impact.  If that’s the case, we have entered a “whole new world” where we don’t even need a tropical storm or hurricane to end up with the same damages.
Aside from the flooding, these storms produced hurricane-force winds, tornadoes and hail – all of which break glass and lead to internal damages and even structural failure. Stay tuned here for updates.

Bottom line: People are still living in “houses of straw” – our biggest assets that need more protection from Mother Nature.  Do yourself a favor, and read “Houses of Straw” and find out how to protect your largest asset from weather violence (and human intrusion).