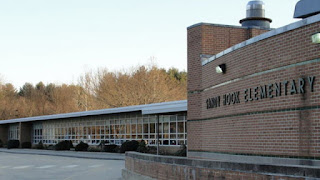 We have been getting a lot of calls from schools around the country as well as Houston.

Why? They are investigating using Armor Glass Security film on their glass.

One of the callers told me that they had looked into Bullet-proof glass. They found it wouldn’t work for two big reasons: COST and Construction constraints.

Bullet proof glass is Pentagon price Plus in cost. At best they could do a small part before running of of money. It’s also HEAVY.  The school found that using it would require a lot of structural changes that made no economic sense. It’s a SLOW process.

So they turned to Armor Glass to find out more about our Large Missile certified Security films.  Could we be the solution that they are looking for to increase their security?

I told them that our films are GSA 3a/3b Level 2 explosion rated (we are currently putting it on a DEA facility for that reason). I also told them that will NOT stop a Bullet (no film will), but it’s vital for another reason – it will delay entry, giving the school kids and staff critical time to take shelter and contact police. It would provide time that the kids in Sandy Hook never had.

A shooter would have to puncture the film, a bullet at a time, enough times for a human body to enter. That takes time. With bare glass, one bullet will blow out the glass and the shooter is in within a second or two.  Our film is bonded to the frames with a special structural sealant which provides frame support for the thick protective film and glass.  So each bullet will only leave a small bullet hole. Making enough holes to get the shooter inside will buy valuable time for those inside.
.
Our films also come in a security tint that lets the inside occupants see out during the day – but blocks the view inside by those outside. That would keep a shooter from seeing inside the building like is possible with clear, bare glass. I first noticed this when we were working on a courthouse. It can be applied to any glass “to armor the glass” without the need for architectural changes.

Security guards are expensive and can’t be everywhere all the time. If they are killed by the shooter, then the school has zero protection. Armor Glass security film could also protect the internal security team. It could give a security person time to get to the scene before the shooter could get into the building.  It gives time to call 911 and put kids in a safe room.

Security guards don’t cut the solar heat coming through the glass or cut a school’s energy bill costs. Armor Glass Solar Security film will. It even cuts 99% of harmful UV.

This is just one more vital advantage of Armor Glass security films.