Yesterday we ended up installing Armor Glass security film on two houses – both owned by people who work for NASA. One of them is scheduled to fly in the space station. I am a BIG Fan of NASA and what it has done for our country – without it we wouldn’t have the smartphones and computers we use today. 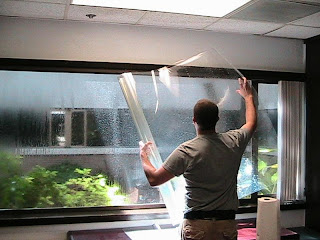 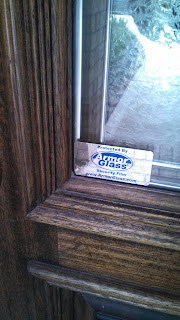 Photos Above: Armor Glass Security Film +
Our Sticker on an Astronaut’s Front Door

Over the years we have done a number of houses owned by NASA employees and astronauts. One gentlemen, who is retired but worked on the space station was telling me about what happened to him one time when a hurricane was coming. He was dragging a heavy piece of plywood up a ladder to his second floor – a suicide mission – when he dropped it. It landed on a sprinkler head and broke it.

He said he had a 20-30 foot gusher of water on top of a storm coming. He told me this as my crew was putting Armor Glass security film on his house. I told him that would make a great commercial, but he said that “it wasn’t funny at the time.” I agreed.

Later I thought: “What if he had fallen off that ladder?” Millions of dollars in investment in his training could have been lost. What if that happened to a family breadwinner? Its another reason to get rid of the old technology and replace it with the new – Armor Glass security working 24/7, saving energy while protecting your weakest link.

In fact, even Armor Glass technology is a development made possible by R&D in new exotic materials to provide solutions to improve human safety and well being. It started in the 70’s during the IRA car bombings in Northern Ireland.

It came to the U.S. attention after 9/11. It was used on the Pentagon and White House and Congress windows – for explosion protection.

And while it may not yet be in space, Armor Glass is being chosen by America’s space heroes and pioneers.

Why not join them?