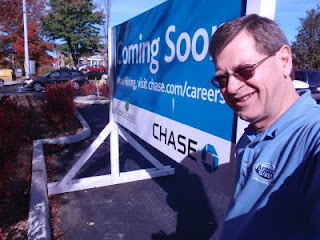 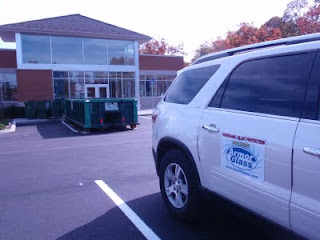 Hurricane IRENE is now a CAT 3, about 120 mph as it roars over the Bahamas.

It is expected to sweep up the East Coast towards New York, the first hurricane they have had in decades. This will be the 10th extreme weather event we have had in 2011 — or 11th — from triple vortex tornadoes that took out Joplin and Tuscaloosa, floods, droughts, an earthquake in Washington DC. It’s been a very strange year weatherwise (and otherwise).

The Chase bank has over-sized windows – 10 feet x 13 feet! There is no other way to afford-ably protect such large windows 24/7. Our film also keeps burglars from breaking into the bank and is cutting cancer causing UV by 99%, which also destroys furnishings. Glass provides almost zero UV protection.

Standby for IRENE, about to jeopardize millions of people living with unprotected windows along the east coast.

“Project Safe Windows” study of the 2004 hurricanes that hit Florida that windborne debris breaching glass is what leads to internal pressurization that causes roofs to be blown off, not to mention internal damage from water, mold, and flying glass.

Get prepared now, because you won’t have time when another Irene pops up. Hurricane season won’t end until November 30.