“Nemo” is bringing HURRICANE-FORCE WINDS to NY and Long Island tonight, not to mention up to two feet of Snow seen for the first time this winter. 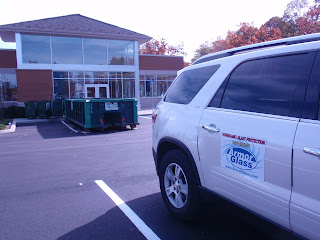 But a Chase Bank in Oakdale, on Long Island, IS protected from these killer winds tossing debris through its windows, which include 10 foot x 13 foot panes of bare glass. They are protected because we put Armor Glass Security Film on them in October 2009, a beautiful time before the unkind winds of winter arrive. They told us it was the first use of Security Film on Long Island. Little did I know how much they would be needing it.

Since then New York and Long Island have had a major storm EVERY year since, including Irene and Sandy. Today its NEMO which has the same hurricane-force winds that through debris through unprotected glass. Tomorrow it will be another storm threat.

GOOD LUCK to you in NEMO…

I wish ALL of you (and everyone else) had Armor Glass protection during this, and future Hurricane-force storms….There is nothing worse than a window breaking during a burglary or a storm, or a shooting, to ruin your day.

Armor Your Glass. Get Protected. Have a Better Day instead! It saves you money and can save your life.