Burglary Surge in Houston – How to Prevent and Save $ 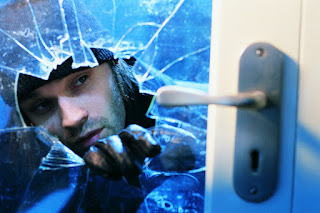 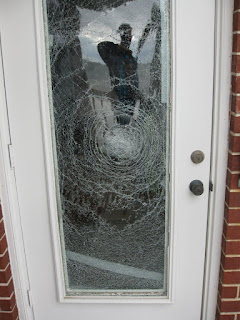 Above photo: A glass door protected with Armor Glass security film is still intact after being struck repeatedly by a burglar trying to break into it. The owner is the photographer silhouetted in the photo.

The Houston Chronicle posted a story  today about a surge in burglaries in Houston.  It was a picture of what has been going on nationally because of the economic downturn.

What it didn’t discuss was solutions, other than having more police on the streets. But let’s face it, police can respond after the fact but its hard to prevent someone from breaking into a home or office by relying on police.

Armor Glass security film does provide that preventative solution. As we have stated before, we installed it on a lady’s house last year. Five (5) days later someone tried to break in,and failed. There have been several other clients of ours that have been hit by break ins. In each case they tell us that the burglars didn’t break through our film.

In some cases the door itself broke while the film was still holding – or they took a crowbar and broke the lock.  In each case, entry was delayed, giving the alarm time to summon police – since burglars usually spend less than 3 minutes inside a house before running away. Three minutes spent trying to break in gives the police a chance to catch them while protecting the owner’s property.

The bonus is that the film will also cut over 50% of the solar heat getting into the house (up to 79%) to keep you cooler and cut your energy bills – enough to pay for itself over time. One homeowner recently told me that her electric bills were running $1,300 a month and after installing our security film, she is saving $250/month on power! That is enough to pay for itself on her house in just three (3) years!