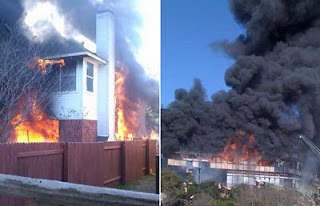 A man angry at the IRS flew a small plane into an IRS building in Austin, TX today. Eyewitnesses reported that it “blew out all the windows” and rained glass and debris on passing cars.

Ironically, we just finished a Texas Homeland Security convention in San Antonio, where Armor Glass had a booth and I had been advising government officials about our blast-rated security window film that provides protection from high impact events – from hurricane and tornado debris to a bomb blast.

Ironically, my chief installer had just put security film on another IRS building in Austin a few months ago. Now you see why.

Yes, an airplane is larger than the 4.5 lb. Large Missile test (which our film passed), but this is another example how much people need Armor Glass security films to secure our buildings weakest link (its windows) from hail storms to burglars to terrorist bombs — and flying Kamikazes.