Another Break-in of a Business 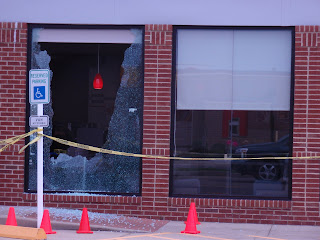 I was on my way to breakfast this morning when this sight stopped me. Last night someone broke into this business in the Houston area. The manager told me that it was the second break in in the last two weeks.