We are just now getting into the “sweet spot” time of year that storms start churning in the Atlantic.

According to experts, storms developing at this time, after a wet July, tend to get into the “slot” that drives them into the Gulf of Mexico.

A new system is developing in the Atlantic that could become the next named storm “Ernesto.”

Stay tuned. We have about a week before we now exactly where its going. That’s not a lot of time to get prepared.

Stay tuned to this blog for updates… 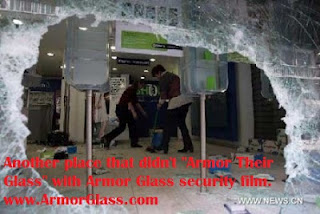 Another place that didn’t “Armor Their Glass” with Armor Glass Security Film….
I just found out today that a friend’s little daughter fell into a glass table. Dad heard her screams and found her with a piece of glass sticking in her arm. It required 22 stitches!  Unfortunately, there was no Armor Glass security film on that table.
Glass is dangerous, and easily broken. Armor Your Glass to avoid this in the future.
www.ArmorGlass.com
Here is an excerpt from the forthcoming Armor Glass book:
“Burglaries can occur at any time of the day during any day of the week but most commonly they occur between the hours of 10 am and 3pm.
Surprisingly to many homeowners, the most common point of entry in to the home is the front door with 34% of burglary gaining entry in to the home this way. Additionally 23% of burglars enter the home through the first floor windows, 22% enter through the back door, 9% enter through the garage, 6% enter through other unlocked entrances and storage areas of the home, 4% enter through the basement and 2% enter through second floor entrances.

On average a thief wants to spend no more than one minute breaking in to a single home, so making your home more difficult to enter is key.”

“According to the Eight United Nations Survey on Crime Trends and Operations of the Criminal Justice System (2002) the United States led 68 countries in the frequency of burglaries. The United States formed 26.9% of burglaries recorded, more than twice that of the second place nation, Germany who compared with 13.2% of recorded burglaries. The lowest incidence of recorded burglaries was found in Oman, where there were absolutely no recorded incidences to speak of.”

Talk about “Breaking Bad!” An L.A. Investment banker has been arrested for….breaking windows.

What?  This is an ODD story.  Yep, he was caught driving around and using a series of weapons (from sling shots to guns) to break windows. A highly paid vandal getting his “kicks.”

One thing is for sure – the businesses that were hit needed Armor Glass security film!

This week I was in an exclusive subdivision in Houston that is surrounded by 12 foot walls. It was so “secure” that to get into it I had to use a special gate — and I got lost trying to find the one exit.

Yet the resident told me that people were jumping over the walls and breaking into houses! I have heard the same story in every part of the city and surrounding rural areas.

Is it the HEAT making people crazy?  Temperatures are running 101 degrees in northern states! Maybe its causing investment bankers to go “bonkers.”  Our security film could have “cooled” him off.

Perhaps the crazy weather is making people nuts? We can’t restore our sanity but we can make your cooler and safer!

Extreme weather seems to becoming the “new normal.”  Here are the extreme photos  from this past week…

Over 1.6 MILLION Americans remain without power tonight – incapable of reading these words, or accessing the Internet or air conditioning.

According to experts cited in a recent  Time article: “The wave of late Friday evening storms, called a derecho, moved quickly across the region with little warning. The straight-line winds were just as destructive as any hurricane — but when a tropical system strikes, officials usually have several days to get extra personnel in place.”

“Derechos” happen on a cycle, but they DO repeat. It shows that no matter WHERE you live, you need to harden your house/buildings’ weakest link – its windows – from breach by flying debris from Hurricane force winds, burglars, tornadoes -24/7 because you rarely get a “warning” like you do with hurricanes.

AND KILLER SOLAR HEAT.  Heat KILLS.   We can knock it down 79% WHILE protecting from the guy with the brick flying at your glass… 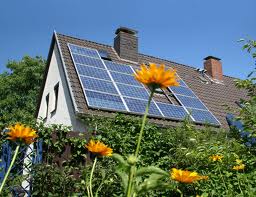 Thousands of HEAT records broken in the far north of America today — while the worst wildfires in history sweeping out of control in Colorado (being fought with ancient aircraft) and Tropical Storms like Debby bash areas in Florida at the same time. That is WEIRD and dangerous.

Yikes! How DO we prepare for more violent weather and heat? HEAT KILLS more than ice or water.

In HOUSTON, we went through the same problem of millions of people being without electricity after Hurricane IKE – no power for DAYS/WEEKS. NONE of us had solar panels so the refrigerators failed and food went bad. Everyone was sweaty and HOT. Going inside where there was no power was torture. Being outside was equally uncomfortable.

Utility companies keep putting electricity on poles — and winds keep knocking trees into them, cutting power. Until that insanity stops (and power is put underground), homeowners need to find smarter ways to avoid this life threatening problem. There is at least one way to to put more “power” back into the hands of ordinary Americans literally! What if someone needed oxygen? Or baby formula that is not spoiled?

Had we had solar panels we could have had enough electricity to keep the food frozen and recharge our cell phones until reconnected to the gird. Homeowners currently with solar panels also get to sell any surplus into the gird and get credit for it or get paid – a  money saver and income generator.

Moral: Between having solar panels on your roof and ARMOR GLASS Security Film keeping the glass windows from being breached by burglars, triple digit heat and hurricane force winds, you are PREPARED!

(And we don’t even sell Sell Solar Panels!) It’s just a complimentary way to help our customers get more secure and better off.