The first 2011 hurricane prediction is out. It’s still early but experts are predicting an “above average” season.

We have been lucky the last two years with little Atlantic activity after IKE hit Houston in 2008. Don’t expect that luck to hold since hurricanes are an annual event and the hurricane season in the southern hemisphere has been busy – with some record setting storms, like the 185 mph YASI that hit Australia recently.
Stay tuned. Another forecast will come out closer to the June 1 hurricane season start. Get prepared now. 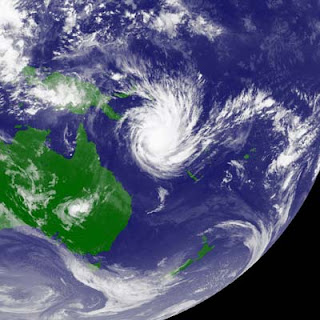 Left: Cyclone “Yasi”
The Hurricane approaching Australia (they call them cyclones) is now producing 175 mph winds and is the size of Texas. It could be their “Katrina.”

This could be a warning sign of what is to come when our hurricane season kicks off June 1…
Stay tuned!