It’s summer on the bottom of the world – the peak of hurricane season there – and Australia has a 149 mph Hurricane aiming at it (they call them cyclones down there). Yikes!

Since the seasons reverse and our hurricane season starts in June, this could be an ominous sign of the huge power they can generate. It also raises the question WHY these storms seem to be getting more powerful.
One culprit: a warming planet. Warmer water means more energy for hurricanes. We could see CAT 4 and CAT 5 storms in the Atlantic and Gulf later this year if this trend continues.
Be forewarned – and prepare NOW!

How to Avoid Nuke Terrorism from Pakistan: American BOOKS

How do you avoid a potential nuclear terrorist attack on the U.S.? Find out Saturday on Global American Radio that it is done with BOOKS. In the one Muslim country with NUKES that could make 9/11 look small – PAKISTAN.

This Saturday on Global American Radio, at 9 am Central time, Saturday January 22, on Business 1110 AM, streamed on www.Business1110KTEK.com and podcast 24/7 on www.GlobalAmerican.org, Michael Fjetland interviews Cristal M. Baylor, an American resident and a former Miss Venezuela, who has opened the door to Pakistan for American books and ideas that could avoid a future nuclear Armageddon in the U.S.

Pakistan’s leadership is very shaky. Over 21 million Pakistani’s were left homeless by the worst floods in Pakistan’s history. Yet this woman went into over 30 Pakistan villages alone – and made connections that others that could change our history. What do ordinary Pakistani’s think of Americans? The answer will surprise you.

Find out about a simple sustainable project (“Plan Bee”) by an American resident from Venezuela which has won international awards, and has led to women being allowed to develop businesses in Pakistan that only men had been allowed to do until now – and how economic development, education and surplus BOOKS from American schools could avoid a future terror attack on the U.S. (or Europe) from the one Muslim country that has both nuclear weapons — and the possibility of a government collapse not unlike what happened to Iran in 1979 when Khomeni replaced the Shah of Iran.

We also address the growing threat of dictatorship from Hugo Chavez in Venezuela – and an upcoming protest against his assault against Venezuelan democracy.

Check it out on Global American Radio on Saturday. 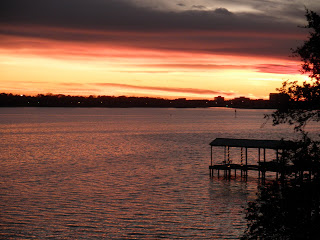 It’s the calm before the (next) storm.
Even today the glass on the south wall was HOT, even with our security film cutting 70% of the solar heat coming through. Imagine how hot it would be without it!
Moving our HQ one mile down the lake in the next week…new photos ahead.